The 8-minute documentary, Family is Like Skin – Lesbians in Cambodia tells the story of lesbians from various communities in Cambodia — long term couples who survived the Khmer Rouge genocide of 1970s, as well as young lesbians often facing societal discrimination today. Many Cambodian lesbians attending activist meetings shown in the documentary had never left their rural villages before. Unique considerations of Cambodian lesbians include the importance of family acceptance, staying with your family, and living in a Buddhist country where homosexuality is not criminalized.

Her younger brother, Ted Stromberg (at left), killed himself at age 16 after being bullied by his abusive father, Ervil Stromberg, and by students at Palliser Heights school in Moose Jaw, Saskatchewan. 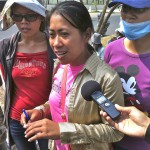 In April 2014, Cambodia’s undernourished garment workers earned $80 a month minimum wage, and 29 were shot in January 2014 at demonstrations for a salary hike to $160 a month. Poverty wages enslave them.

These Cambodian documentaries take the dialogue about ‘rescuing sex workers’ to another level, engaging the Cambodian government and confronting international donors and stakeholders. 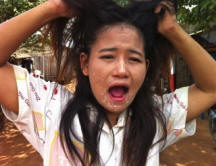 Cambodia: Rescue Industry Harms Sex Workers, is a collaboration between the WNU Sex Workers Union of Cambodia and NGO Journalist Paula Stromberg. The movie outlines harms caused by the worldwide Rescue Industry, the international groups, churches and charities which claim to be ‘rescuing’ women in the sex trade and thereby attracting international donations. 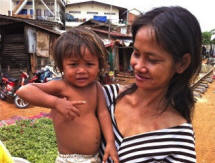 In the movie, Cambodian sex workers and their children talk about the negative impact of police Raid & Rescue policies on their ability to earn a living. Because of the Rescue Industry’s contributions in bringing about the anti-trafficking policies, the 6,400 WNU members demand that these international stakeholders also be accountable for the harmful impact of these policies. 23 minutes.

This Khmer-language collaboration between Women’s Network for Unity (WNU) Sex Workers and Paula Stromberg documents the harm caused to impoverished people by the Raids and Rescue Programs in Cambodia.

In their own voices, WNU sex workers document how current laws and policies strip away their human rights. The movie outlines WNU efforts to lobby the Cambodian government to amend the Law on the Suppression of Human Trafficking and Sexual Exploitation and shows that treating all women as victims, despite their expressed wishes to the contrary, is not ‘rescue’.

This movie screened at the Sex Workers Freedom Festival and International AIDS Conference in Kolkata, India in 2012, In Khmer language: 6 minutes 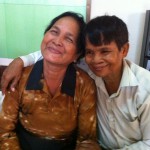 This movie features long term lesbian couples who survived the Khmer Rouge genocide of the 1970s, as well as young activists who sometimes face societal discrimination. Many had never left their rural villages before. Unique considerations of Cambodian lesbians include the importance of family acceptance, staying with your family, and living in a Buddhist country where homosexuality is not criminalized. 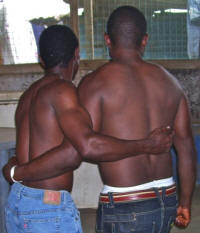 A Good Day in Ghana –17 minutes, explores gay lives in a UN Refugee Camp west of Ghana’s capital city of Accra. The movie highlights the miracle of queers who survive amidst violent social censure in Africa. This is one of two movies available only for live presentations with Stromberg due to security risk of identifying these gay men from Liberia and Côte d’Ivoire. 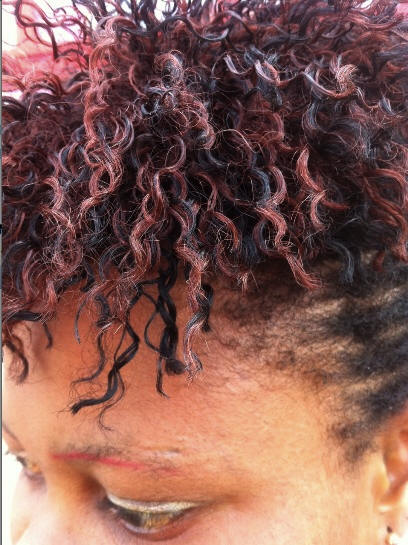 Women in Blue Jeans – 7 minutes, explores lesbian life and fearful survival in a UN Refugee Camp outside Ghana’s capital city, Accra. The young lesbian, ‘Rita’, who misses her absent Nigerian mother, talks about how she survives as a poverty-stricken, marginalized refugee in Africa. This movie is available only for live presentations with Stromberg due to drastic security risk of identifying lesbians in Africa.