In addition to movies and journalism, Paula Stromberg has published creative writing and shown artwork. This is a small selection of her art and collaborations.

It’s not my 77th birthday, we got married

Same-sex marriage became legal on July 8, 2003 in British Columbia, the second region in Canada and North America to pass such a law. Just a few months later, my sailor friend Butters, a then 77-year old lesbian who lives on the Gulf Islands, left an unforgettable message on my answering machine.

Butters: Don’t imagine that being 77-years old renders her feeble. She teaches chainsaw graffiti and has lived her achievement-filled life in fierce resistance to ageism and sexism. Woe betide those who dare ask her age, question her May-December relationship, or treat older lesbians as invisible. And if you are her friend, you dare not phone her on her birthday. Butters shouts at misguided well-wishers, “Don’t call me on my birthday. It’s depressing. Who wants to be reminded you’re one step closer to that?”

Knowing her birthday had just passed, I was surprised to see a message from Butters blinking on my answering machine.

“Oh, too bad it’s your voice mail. We’re calling with some news. We just sailed home and want you to know we got married Monday. We didn’t want a fuss. Just four of us were there.

“We went to a nice justice of the peace — female — with our friends Sara and Betty on Saturna. Eighteen years living together and now we’re married. No family, nobody knew.

“When our island friends act shocked at our news, we tell ’em we couldn’t invite a soul on Pender for fear we’d leave somebody out.

“But you know, we really kept quiet we were getting married ’cause we didn’t want to discuss it. Not everybody, even in our own lesbian community, agrees with this marriage business. But I don’t want to hear all those opinions. I don’t care.

“And you know, some of my older friends are embarrassed to hear about ‘gay.’ When we were young, you’d never admit openly or say so-and-so was your lover. It just wasn’t done. Even if there was a funeral, it was just “Oh, my friend died.” The word lesbian was shameful. We covered it up. I was like that ’til I got with Louise 18 years ago. She made me change, got all that out of me.

“Believe me, I had a lot of changing to do back when we first got together — being 59 with a 29-year-old lover. Louise. Oh boy, when we fell in love, we were the scandal of the inlet. Lots of my friends wouldn’t talk to me, taking up with a hippie artist half my age. And a proud lesbian at that. So beautiful she turned heads everywhere. Ha, I liked makin’ people jealous.

“Now society’s changed. Getting married is my right. You might not understand now, but back then we felt dirty. That’s hard to shake. So now the law changed, you bet I got married.”

Bridge Generation- A Queer Elders’ Chronicle from No Rights to Civil Rights.

Man Up Against Suicide – University of BC Research Project underway Her younger brother, Ted Stromberg (at left), killed himself at age 16 after being bullied by his abusive father, Ervil Stromberg, and by students at Palliser Heights school in Moose Jaw,Saskatchewan. 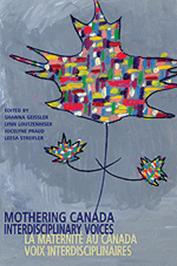 “Long Ago People” is Paula Stromberg’s creative nonfiction story about developing political awareness as a child witnessing domestic violence. The story is published by University of Saskatchewan and University of Toronto in the anthology Mothering Canada (Demeter Press, 2010)

The artwork, “This Is How I’ll Look When We Say Goodbye”, won a first prize at the American Psychiatric Association Art Exhibit in New York City. The collaboration between artist, filmmaker and award-winning writer Paula Stromberg and psychiatrist Dr. Caroline W. H. Choo, dealt with the theme of death and cultural surprise in one Chinese family.

The middle image in this installation, the pink hand of the living holding the cooling hand of the newly-dead, portrays an aspect of death that many people rarely experience.

The work documents the unexpected death preparations made years in advance by an uneducated 88-year-old Chinese grandmother who dressed in dull cardigans, padded jackets and polyester trousers for much of her life – yet surprised those who thought they knew her well by embracing her own death with nobility and elegance.

Art about beating shame – of being deformed by rheumatoid arthritis The artwork is a poetry-photo installation with two large translucent banners depicting trust that can lead to healing. The piece documents one woman’s journey as she conquers shame, allowing the artists to remove her ever-present socks as she comes to terms with her once-beautiful body being deformed by rheumatoid arthritis – finding humour in the process.
This collaborative artwork by photographer and award-winning writer Paula Stromberg and physician Caroline Choo won Best in Show, the top prize at the 2005 American Psychiatric Association APA Art Exhibition in Atlanta, Georgia. About 17,000 people from around the world attended the meeting. Art show winners were chosen by popular vote 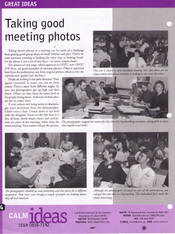 Paula Stromberg’s newspaper work was used to illustrate this article (above) about tips for taking good meeting photos, published in the Canadian Association of Labour Media newsletter.